Human beings are ceremonial creatures. We have created ceremonies since time immemorial. Long before anyone could have imagined any religion or the building of temples. There is holiness, sacredness, divinity everywhere, including of course ourselves. We are all Gods and Goddesses – creating, maintaining and destroying – in a manner no other animal race on earth does. And we create ceremonies.

The primary and most profound reason for a ceremony is focus – to concentrate on a certain thing, to create a separate time and space for where there is only room for one thing, and that one thing only. It is a matter of focusing the mind, the heart and the will on what is important right now.

Everything that is important in human life can be celebrated with a ceremony, and it usually is. Personal transformations and initiations like birth, becoming an adult, marriage, death – but also starting new phases in life, or winning victories of all sorts – collectively or individually. Inaugurations, social, cultural and religious ceremonies – there is no limit.

One very important reason for sacrifice and celebration, is the foundation for all societies, besides human relations – food. In a hunter’s and gatherer’s society, the group, maybe led by a shaman, will appease and please the spirits in order to find food for the group. In an agrarian society, fertility becomes especially important, both for the growth of crops as well as animals.

Sex as part of a communion with the Divine is of course absolutely logical, especially if the purpose of the religious ceremony is to ensure fertility and growth, and the well-being of the society. Sex in itself is such a powerful source, and makes it easy to go into ecstasy and total devotion.

Sex offers a powerful method of sacred worship, wherein we can create harmony with ourselves, each other and Mother Earth. We also believe that we have to fully embrace both the animal and divine aspects within ourselves, to achieve full balance, inner and outer peace.

Divine Sexuality as an integrated part of religious practice is historically and culturally speaking much more common than our modern-day neurotic division of the two into opposites, as we are experiencing today in our extremely sex-negative society.

This is something we want to change. We do NOT share the common view of sex as something ugly, dirty and shameful. To us, sex is truly beautiful and sacred, and does not need to be hidden away. There is nothing dangerous in sex itself. The idea that it may be harmful for anyone to see another naked human being, or another human being having sex, is absolutely proposterous, and lacks all ground.

Most people connect Sacred Sexuality with Tantra – and Tantra with Sacred Sexuality. Undoubtedlly a part of the tantric culture features what we would call sacred sexuality – but sacred sexuality has been utilized as part of religious practice in many, many other traditions and cultures – including Scandinavia, with the fertility cult of the God and Goddess Frey and Freya, as well as the border-breaking shamanistic rituals of the seidhr.

Deeply inspired by Scandinavian Paganism, as well as living in Sweden, for us it is perfect to adapt the tantric wisdom to all the deities, myths and cultural context of Norse paganism. For us the perfect Gods and Goddesses are Frey and Gerdh, representing the Earth and fertility, Odin and Freya representing the magical, mysterious, ecstatic and spiritual aspect of life. Just as in the Greek and Indian pantheons, the Norse Gods and Goddesses are interacting freely in complex and seemingly irrational patterns.

The worship of Frey and Freya was often strongly erotic, often accompanied by priests and priestesses engaging in ritualized public sexual intercourse for the good of society, as a part of a larger ceremony. This would not be merely for sensual pleasure, but also for higher purposes. Whatever ecstatic pleasure would fill the priestly couple, would also be for the benefit of the whole society. And in the spring, when it was time to plow and sow, common men and women would run out on the fields and meadows to “kullra”, a ceremonial lovemaking as a gift to the spirits of growth and fertility.

In ancient Greece, this particular kind of fertility ritual was referred to as Hieros Gamos – Holy Marriage – and similar ceremonies can be found in most societies all around the world, in all of history. It is a natural thing, a powerful communion – and we want to share this with you. One way of sharing it is through our workshops, another with our artistic endeavours, and sometimes with actual rituals. Either way, we would love to inspire you and everyone else to invite a more sacred view on sex – which for us means with reverence, respect, love, ecstasy and magic! 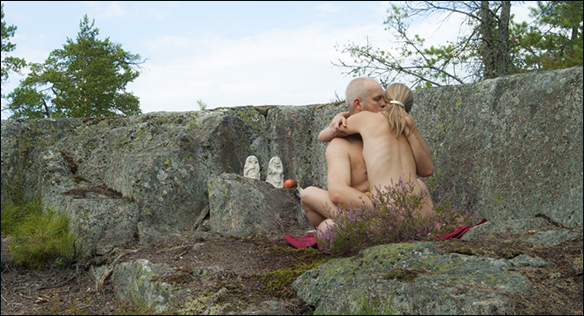 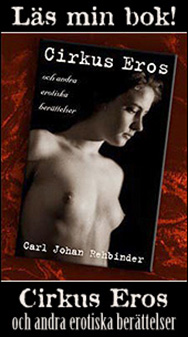